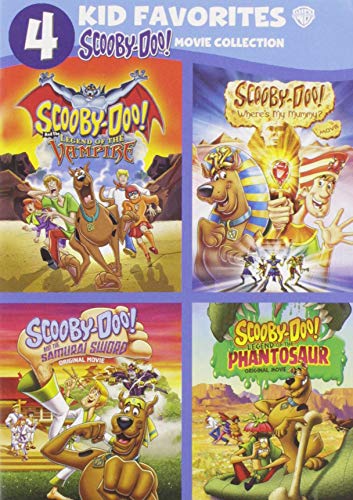 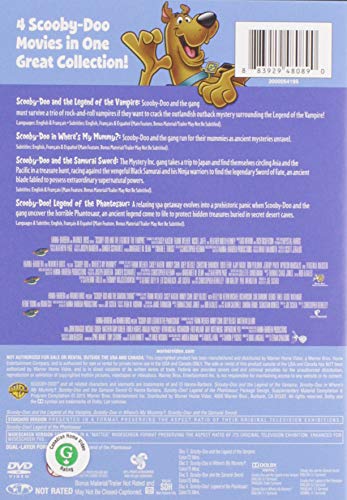 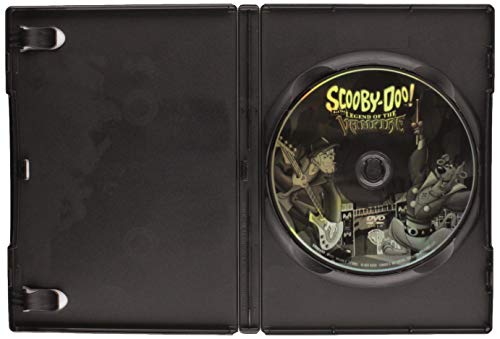 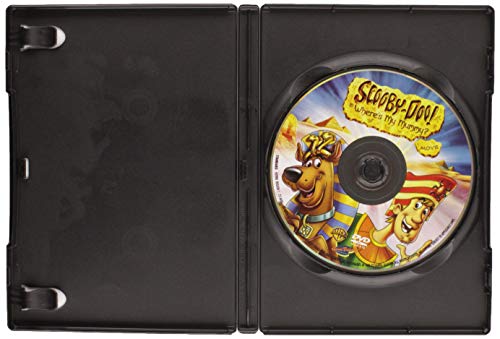 <![CDATA[</span>4 Kids Favorites: Scooby Doo! Movie Collection (DVD)
Scooby-Doo! and the Legend of the Vampire Archaeologist and super sleuth Velma is in Egypt for the unveiling ceremony of the restored Sphinx – a mysterious mythical creature with the head of a man and the body of a lion – only to discover a hidden tomb belonging to Cleopatra herself! But beware the ancient pharaoh’s curse: “The Nile will fall, the desert shall rise and all who dare enter will be turned to stone!” Of course that won’t stop Scooby-Doo and the Mystery Inc. team from going inside and finding something even more mummifying… a cursed army of the undead! So sit down in the comfort of your own tomb and witness the most spectacular Scooby-Doo full-length movie adventure yet! Scooby-Doo! and the Sword of the Samurai The gang of Mystery Inc. take a trip to Japan and find themselves circling Asia and the Pacific in a treasure hunt, racing against the vengeful Black Samurai and his Ninja warriors to find the legendary Sword of Fate, an ancient blade fabled to possess extraordinary supernatural powers On vacation in Australia, Scooby-Doo and the Mystery Inc. gang attend a music festival held at Vampire Rock. But the music goes flat Scooby-Doo! Legend of the Phantosaur A relaxing spa getaway evolves into a prehistoric panic when Scooby-Doo and the gang uncover the horrible Phantosaur, an ancient legend come to life to protect hidden treasures buried in secret desert caves. But this scare-a-saurus doesn’t stand a chance with Shaggy(voiced by Matthew Lillard of the live-action Scooby-Doo theatrical movies) around, after he finds his inner hero with the help of new-age hypnosis. Like, it makes him more brave and less hungry! With colorful suspects, including a free-wheeling motorcycle gang, greedy corporate investors and over-zealous scientists, there’s more pieces to this mystery than slices in a pizza! Settle into your mudbath and let the Mystery, Inc. gang unearth a ton of fun for the whole family! when the gang learns that a legendary Australian creature called the Yowie Yahoo is kidnapping the musical acts and turning them into vampires! Masquerading as a heavy metal band, Scooby-Doo and the gang must survive a trio of rock-and-roll vampires if they want to crack the outlandish Outback mystery surrounding The Legend of the Vampire! Scooby-Doo in Where’s My Mummy? Scooby-Doo and the gang run for their mummies as ancient mysteries unravel.]]>